I’ll come clean and say outright that I was never a fan of Katherine Heigl. I never got into Grey’s Anatomy, and I had read rather a lot about how she was ‘difficult to work with’. Translation: Too good for TV when she left the show and decided that she had a face made for the big screen only.

With the exception of Knocked Up, I wasn’t particularly enamoured with her films either. So it was with some trepidation that I allowed Firefly Lane a chance on Netflix. One of the latest series released as a Netflix Original, I had picked up on the trailer with interest when my Netflix newsletter dropped into my inbox.

Also starring Sarah Chalke (the likeable med student from Scrubs – another show I never caught on to) I decided based on the coming of age material, and the criss-crossing of decades to flesh out the story I would give it a go. Sure I’d seen Scrubs before in re-runs. My husband liked the goofy characters and the juvenile humour. I thought if anything Chalke’s yin as Kate to Heigl’s yang as Tully (short for Talullah) would render it palatable.

I was pleasantly surprised and watched all 10 episodes in a few days. Despite my misgivings about Katherine Heigl, I enjoyed the series. A lot.

The thing is, it hasn’t changed my opinion of her, because if there is one thing abundantly clear it’s that Heigl’s character is not remotely likeable. She’s the centre of attention. The friend most likely to jump on your ex-boyfriend at the first opportunity or snag them before you ever got the chance to make your intentions known. (But she knows…oh yes, she is crystal clear about who your crushes are). The love ’em and leave ’em bad gal who managed to become a success despite her off kilter upbringing with her junkie mother.

I could relate to the youngest version of Kate, the 70’s era teenaged version played by Roan Curtis. She has a horse in the front yard, reads The Hobbit, and has all the nerdy accoutrements I was subjected to.

Sarah Chalke takes over for the early twenty something and early forties versions of Kate just as Heigl does for Tully. No mean feat for either actress to convincingly play a twenty year age range. I allow that I was able to feel more empathetic towards young Tully. But maybe that was my own personal bias coming into play, since it was played by Ali Skovbye and not Heigl!

Without giving the plot away, it’s a real nostalgia trip for any Generation X-er. The set design and costume departments deserve their plaudits for getting the feel and the overall look just right.

The girlfriends are there for each other, but it’s a decidedly co-dependant relationship for Tully as my bestie and I discussed at length. There is a real neediness to her character that is borderline uncomfortable, but I guess that is what made it interesting. Neither character is perfect. And the additional dynamic of the third person in this story who I have not brought up (because it will reveal too much) makes for an added layer to the girls relationship that I’m glad isn’t in my life.

If you’re looking for some light-hearted nostalgia, and a great series you can dissect with your girlfriends or otherwise, give Firefly Lane a watch. I’m still not sure where the story will end up, but I can’t wait for the next series to drop.

Maybe, just maybe I’ll get over my Heigl issues in time. For now I’m Team Kate.

Firefly Lane is available on Netflix and is streaming now. 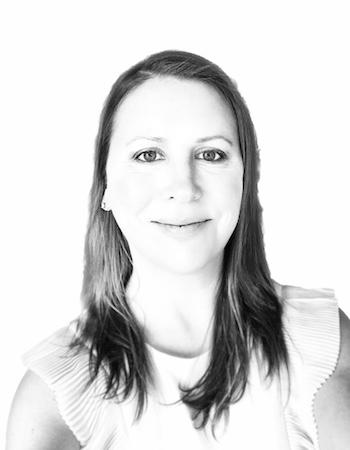